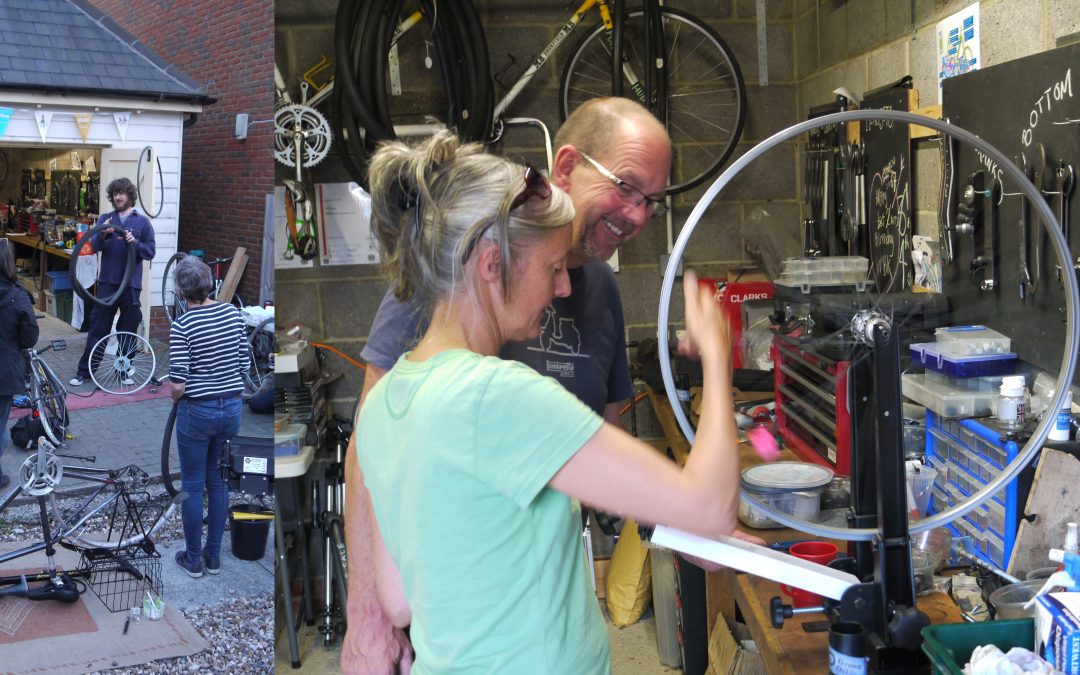 This month we popped down to Wivenhoe Bike Kitchen in, er, Wivenhoe, to catch up with Jo and Jay who’ve been helping people fix their bikes in the village for six years or so. We’ve also got news about Bikeability, an upcoming closed rode 100 mile sportive right here in Essex, how to save our footpaths with the Ramblers, a call for a tandem, how you can grab some FREE trees and much more…

Bikeability is getting bigger
The Department for Transport have announced a major expansion of the Bikeability scheme, so that every child in England will be given the opportunity to take part. The Government have said they will offer an additional 400,000 places each year. Their statistics show that more than 80% of children own a bike, so giving them the confidence to cycle more regularly will promote healthy living and enable active travel habits while they’re still at school. Read the full story on BikeRadar.

Velo Essex
Starting and finishing in Hylands Park near Chelmsford, Vélo Essex will provide 15,000 cyclists with a truly unmissable opportunity to ride on fully closed roads through some of the UK’s most picturesque cycling countryside on Sunday September 20. Pre-registration is open now, with priority registration opening to Essex residents on 26th February, and to everyone else on 27th February.

There’s a 50 mile and 100 mile route to choose from, and a discounted entry fee if you ride in support of one of their chosen charities

Get your pre-registration in now!

Don’t lose your way
The Ramblers have launched a new tool in order to crowdsource identification of lost rights of way on old maps. We’ve only got until 2026 to do this, as after that date we won’t be able to use historical evidence to add rights of way to the definitive map, after that point the paths are effectively lost to the public. Find the tool (and a very good FAQ) on the ramblers website and a great guide on how to use it for cycling here.

Looking to borrow a tandem
A reader is looking to borrow a tandem to ride the London-Surrey 100 mile cycle ride this year as part of the “Ultimate London Triathlon” including the London Marathon, Swim Serpentine and Ride London. Lucy and her mum Heather are hoping to take on Ride London together on a tandem bike, to raise awareness and money for MS-UK, a Colchester based charity that supports people affected by multiple sclerosis. They are aiming be aiming to raise about £1,000 for the charity by completing this event and would be extremely grateful if there is anybody that has access to a tandem bike that would be willing to lend or hire one to them!

Trees for years
Would you like some trees? Of course you would. To mark the start of a new decade, Colchester Borough Council are holding their biggest ever tree giveaway on Saturday 22nd February at the Colchester United Stadium, CO4 5UP.

You’ll be able to arrive from 10am to take home up to 10 of the 10,000 FREE native trees, shrubs and fruit bushes on offer. Schools and community groups can take up to 50, and town and parish councils should contact parks@colchester.gov.uk to discuss their requirements if you’d like more than 50. Make sure you get there early as the event runs until 2pm or until stock runs out.

For more details and a full list of trees on offer head over to the Trees for Years website.

Racing on the big screen
If you like a bit of armchair cycle racing then local cycle club ColVelo are showing legendary one day races Milan-Sanremo and Paris-Roubaix on the big screen at the town centre bar the Queen Street Brewhouse. Milan Sanremo is on Saturday 21st March, and Paris-Roubaix is on Saturday 11th April. As in previous years they’ll be running a charity sweepstakes with all proceeds going to a local charity.

Want to take the kids cycling in the holidays? Cycling UK have put together a list of 50 cycling routes across the UK suitable for all the family (we particularly love the Marriot’s Way and the Elan Valley) – Find it here